List of products by brand JULIETTE HAS A GUN

Armed with her perfume, Shakespeare's heroine goes wild, life is too short and we must enjoy it.
The gun as a metaphor of perfume, as a weapon of seduction essentially symbolizes the liberation of women to men ... and sometimes with a taste for revenge ... House, in its spicy and unique version. Only for women!!!

A modern version of Romanticism, where reinventing couple and femininity is a constant search. Created and designed by the young Romano Ricci, Juliette has a gun is an independent brand. Launched in 2006, our philosophy is to approach the perfume as an art and to be present only through a restricted distribution, as concept stores. A collection of 10 original flavors, a universal purse spray in the form of a bullet and a collection of 3 candles are available today, and other weapons of seduction are underway.
RICCI ROMAN
SPECIAL AWARD (FIFI AWARDS)
How is your destination, genes or whatever name you want to put on, you can catch you and make you become what it was meant to be. It is a story of style, perfume and family ties.
Fashion started by his great grandmother Nina and perfumery by his grandfather Robert (creator of the famous "L'air du temps"), Romano has been surrounded by fashion and building since childhood. Grateful to her family heritage, Romano Ricci also wanted to prove I could succeed himself and express his own universe. He apprenticed in the world of perfumery for 4 years, learning among the largest, and then convinced Francis Kurkdjian, the master of perfumery, to work with him. Then everything went well.
He launched "Juliette has a gun" in December 2006, an original brand dedicated to women willing to open a new kind of elegance in the world niche perfumery.
In the mind of the creator, the innocent Juliet Shakespeare transposes the 21st century with a gun ... Metaphor for perfume, weapon of seduction, or simple accessories of the cliff, the "Gun" essentially symbolizes the liberation of women into the men ... and sometimes with a taste for revenge ...
Creative Romano Ricci runs the "Maison Juliette has a gun" Personally, product design and own fragrances.
Tradition in a spirit of provocation, Romano is restoring what perfume should always be: emblems of style and originality.
In May 2011, the French Fragrance Foundation has honored Romano Ricci with the "Special Prize of the Board" in "Les Parfums 2011" (FiFi Awards).
The "Special Prize Board" is voted by the Board of the Foundation and is presented to an individual who has brought the special ingenuity, creativity, dedication and internally to support resources, not only for the success of your company, but the fragrance industry in general.
Good recognition of a professional jury that encourages Romano Ricci to pursue his quest for the seduction of women. 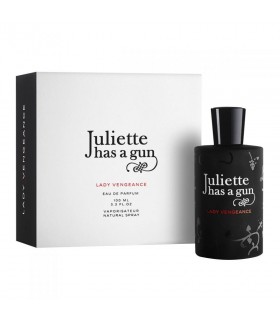 $87.27 $109.09
'Lady Vengeance' created for the company by Francis Kurkjian, is a floral fragrance, maximum expression of the art of seduction through its sophistication and femininity, where Bulgarian Rose joins the Patchouli and...
Add to cart 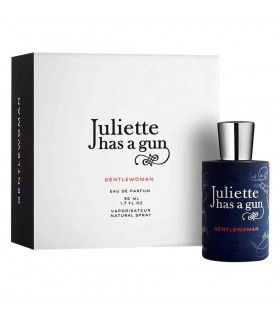 $81.82 $109.09
Gentlewoman Eau de Parfum is a feminine fragrance with top notes of Essence of Neroli, orange blossom and a woody and musky base, which is interspersed with almond essence to involve us with subtlety and elegance....
Add to cart
Showing 1-2 of 2 item(s)

Click for more products.
No produts were found.
Viewed 0
Top

We use own and third party cookies, for the analysis of user navigation. If you continue browsing, we consider that you accept its use. You can change the settings or get more information here.