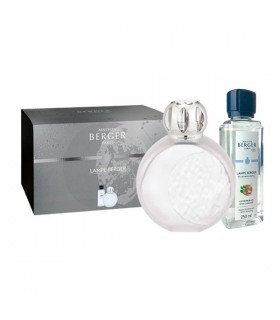 Futuristic, this chest of Berger Astral Lamp sketched by Rozenn Mainguené invites you to contemplate the universe. Inspired by the celestial bodies and stars that make up the solar system, this object has been worked mainly around the lunar theme. Its round and full shape evokes the phase of the full moon while on its front only its half moon appears. The smooth side of the glass contrasts with the other half dotted with textured reliefs, reminiscent of the numerous craters present on the surface. All this highlighted by a mineral gray hue in reference to its original color. The Berger Astral Gray Lamp box allows you to create a sphere of softness with the powdery and delicate Cachemire Blanc fragrance. Snuggle up in the sensual softness of cashmere that underpins all the magnificence of orange blossom against a background of white musk notes, for a truly comforting and captivating olfactory result.

Your air is better with Lampe Berger, endorse it 110 years of continuous innovation since an auxiliary laboratory created the first catalytic lamp to sanitize the rooms hospitals. Lampe Berger sanitizing the environment destroying undesirable odors. Also perfumes with unmatched results in homogeneity, speed and duration with its broadcasting technology. With a minute of operation clean and perfumed 1 cubic metre.

HOW TO USE LAMPE BERGER

In 1898, a pharmacy assistant, creates Lampe Berger, to clean the hospital rooms, creating in that year the first patent.

Subsequently, the dimension of pleasure is provided through perfume, and the design of its catalytic lamps, becoming authentic pieces for collecting.

The I+D laboratory of Lampe Berger has designed a burner that has 6 international patents, being the fruit of more than 100 years of research.

The system of catalysis allows to purify the air in the home, at the same time as it perfumes it.

HOW DOES IT WORK?

The burner, thanks to its developed system, has a simultaneous double action, the DESTRUCTION OF ODORS and the DIFFUSER OF PERFUME.

PARTS OF THE LAMP 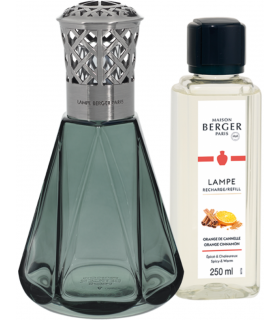 $45.45
With this Lampe Berger Pyramid Antique Vert box, Maison Berger Paris pays tribute to its deep-rooted roots by reissuing one of its iconic post-war models. Its design that oscillates between contemporary classicism and...
Add to cart 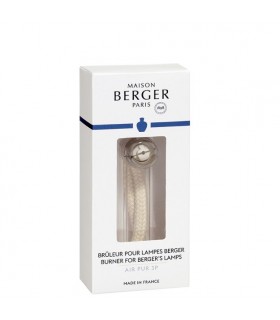 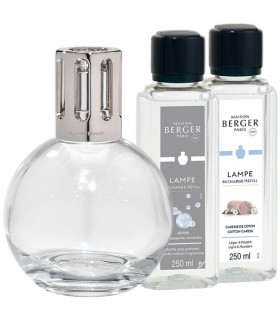 $33.06
Lampe Berger promotional pack, pure air that includes transparent crystal catalytic lamp with curved design and neutral perfume. With this decorative air freshener you will purify the air of your home and you can...
Add to cart 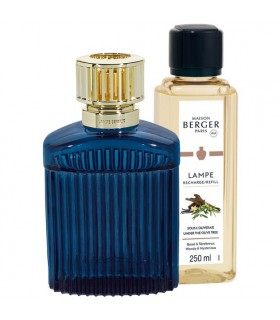 $53.72
With its neo-vintage style, the Lampe Berger&nbsp;Alpha Bleu Impérial case is impressive. Its luxurious design, imagined by Rozenn Mainguené, combines elegance and character. Indeed, its intense color is irrevocably...
Add to cart

$45.45
The Lampe Berger Amphora Framboise box designed by Armand Delsol is adorned with its most beautiful acid color in lacquered glass. Its shape, simple and delicate, invites the sweetness of life. The metallic silver...
Add to cart 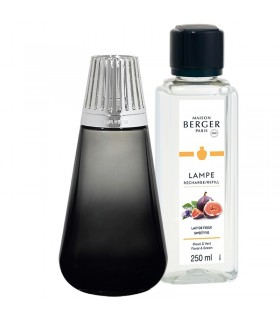 $45.45
The Lampe Berger Amphora Noire box designed by Armand Delsol is adorned with its most beautiful acid color in lacquered glass. Its shape, simple and delicate, invites the sweetness of life. The metallic silver frame...
Add to cart 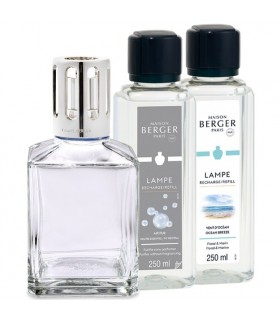 (2)
$33.06
Promotional Pack of Lampe Berger, pure air, which includes catalytic lamp of transparent Crystal, cubic design and neutral perfume. With this decorative air freshener, it will purify the air in your home and you can...
Add to cart 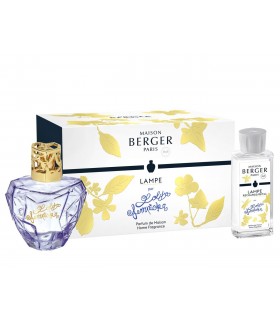 (1)
$53.72
The case that Lampe Berger has created to commemorate the 20th anniversary of 'Mon Premier Parfum' by Lolita Lempicka is a tribute to a woman who stars in stories of seduction, eternal youth and absolute femininity in...
Add to cart 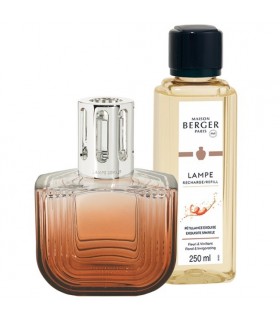 $34.71
This Lampe Berger Olympe Rose Cuivré box, designed by Sylvie de France, is adorned with a modern, soft and airy tone, which adds a feminine and relaxing touch to your room. Its design, inspired by the emblematic...
Add to cart 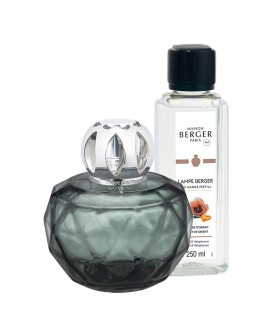 $34.71
The classic style Berger Adagio Vert Antique Lamp, designed by Anthony Gambus, is reflected in particular in its opulent rounded shape with ornamental edge finishes. The set is accompanied by the Velours d'Orient...
Add to cart 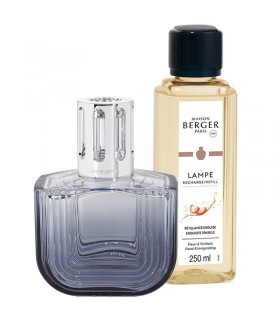 $34.71
This Lampe Berger Olympe Grey Cuivré box, designed by Sylvie de France, is adorned with a modern, soft and airy tone, which adds a feminine and relaxing touch to your room. Its design, inspired by the emblematic...
Add to cart

Click for more products.
No produts were found.
Viewed 1
Top

We use own and third party cookies, for the analysis of user navigation. If you continue browsing, we consider that you accept its use. You can change the settings or get more information here.